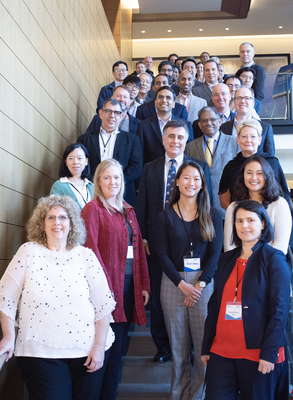 See the NIH's Liquid Biopsy Consortium description page for more detail. In the era of personalized medicine, an important goal is to have minimally invasive methods to determine and follow longitudinally the molecular composition and characterization of a patient’s tumor, for both diagnostic, prognostic, and treatment monitoring goals. One such approach is through liquid biopsy that can be used to molecularly characterize the tumor and monitor genetic changes over time using repeat sampling of biofluids. Liquid biopsy generally refers to detecting circulating tumor cells (CTC), circulating tumor DNA (ctDNA), circulating exosomes and other analytes in body fluids, such as serum, plasma, urine, etc.

The NCI’s Division of Cancer Prevention, led by Lynn Sorbara and Sudhir Srivasta, has developed and sponsored an Academic/Industrial Partnership program designed to advance and validate Liquid Biopsy technologies specifically targeted for early stage cancer detection. Liquid biopsy uses body fluids such as blood, urine, saliva, stool, and sputum from patients suspected to have early stage cancer as well as those at high risk of developing cancer. The Precompetitive Collaboration on Liquid Biopsy for Early Cancer Assessment Consortium is also working on methods to distinguish cancer from benign disease; or aggressive from indolent cancers. Projects from six funded sites focus on the development of new tools/methods/assays and/or validations of existing technologies/methods involving the capture of DNA, RNA, or exosomes in circulating body fluids.

Liquid biopsies have the potential to help clinicians screen for disease, stratify patients, and follow patients undergoing surveillance. It can also offer an opportunity to detect early lesions in cases where biopsy is difficult, such as brain cancer as it has been shown that tumor DNA can be found in the cerebrospinal fluid.